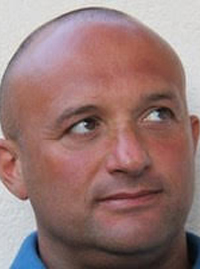 Laurea and PhD from University of Bologna, he is Associate Professor in University of Ferrara. He’s published over 230 international and peer-reviewed articles. He is IEEE Fellow, having been Associate Editor for 9 years. He’s managed over 40 research projects, 20 as coordinator. He served in over 50 Technical Program Committees. From 2003 to 2010 member of government board of CNIT and since 2010 on its scientific board.

Member of the scientific committee for digital agenda developing in Regione Emilia-Romagna since 2004. He sits in the addressing and government board of Aster since 2011, and previously on the scientific committee. Since 2007 he is Director of Research & Development division in LepidaSpA, where he is CEO and member of its government board since 2009.