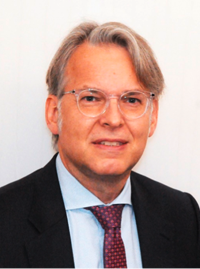 Stefan Lechler has been working since 2013 in the Directorate-General for Communication Networks, Content and Technologies of the European Commission.

Since August 2018 he is Deputy and acting Head of Unit for Electronic Communications Policy. Previously, Mr Lechler worked for DG Competition and for the Legal Service of the Council of the European Union.

Prior to joining the European institutions in 2008, Mr Lechler worked for Deutsche Telekom AG in Bonn for ten years, where he headed the legal department’s unit for competition law and major litigation since 2002.

After his law studies in Erlangen (Germany), Geneva (Switzerland) and the College of Europe in Bruges (Belgium), he was admitted to practice as a German Rechtsanwalt in 1996 and began his career as a lawyer in Brussels working for a US law firm.