The Fondazione Ugo Bordoni is a higher education and research institution under the supervision of the Ministry of Economic Development, as laid down by Law 3/2003.

Established in 1952 within the Ministry of Posts and Telecommunications, the Fondazione Bordoni has a long tradition of research and creating applications in the telecommunications industry. The fruitful exchange between basic and applied research has enabled the FUB to stay well ahead of developments in the technological landscape, combining studies in the ICT field with the design and implementation of innovative services for government bodies, as well as identifying policies for a nationwide system.

The Law 69/2009 guarantees the Fondazione’s impartiality as a trusted third party and recognises its scientific autonomy. As such, it can provide consultation and support to Government bodies and independent authorities, drawing up and proposing strategies for the development of the communications sector.

The 2019 law established the “Government Authorities Committee” to ensure that participating government bodies can exercise control over the FUB , pursuant to Article 5 of Legislative Decree 50/2016, and granted the FUB powers to engage in public procurement. As an in-house company acting on behalf of all public and Government bodies, Fondazione Bordoni occupies a unique position on the Italian ICT landscape.

Established in 1952 as a foundation within the Ministry of Post and Telecommunications (Presidential Decree 2472/1952), the FUB conducts scientific research in the fields of telecommunications, electronics, Information Technology and postal services.

With a combination of the impartiality of its public mission and private management, along with the provision of advanced training in telecommunications, the FUB became a leading organisation in cutting-edge research into signal processing and transmission. In 1968, from new premises in Bologna, the FUB launched new combined activities of applied research aimed at manufacturing industries and regulatory authorities.

Since 2000, the FUB has also provided TLC consultancy to public administrations and Independent authorities as a trusted third party, taking on the role of a major innovator in significant technological processes, such as the evolution of mobile networks (3G, 4G-LTE, 5G) and the transition to digital terrestrial TV.

Currently, the FUB is a not-for-profit, public-law body and its expertise and skills are based on 40 years’ experience of research, unrestrained by economic pressures. 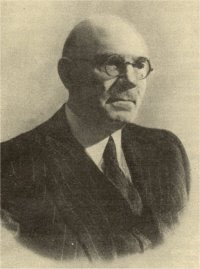 He graduated in Engineering from the University of Rome at the age of 22 and, in 1923, he was appointed Professor of Technical Physics, focusing on the study of thermotechnics, thermodynamics and acoustics.

In the early nineteen thirties, he devoted himself to the development of the telephone industry. On the establishment of the STET (Società Finanziaria Telefonica) company, he was appointed Chairman and retained this position until his death in 1952.

The Fondazione Ugo Bordoni provides government bodies and Independent Authorities with technological tools and scientific and technological know-how in order to foster progress and technical innovation, and to promote the dissemination of the digital culture.

The FUB conducts its activities independently as a trusted third party and seeks to maximise the benefits of innovation for the development and modernisation of the country, the protection and empowerment of citizens, and to promote institution building.

The FUB generates innovative projects in the interest of the Government, Government bodies, scientific community and citizens.

In particular, the Fondazione Bordoni pursues the following objectives:

The Fondazione Ugo Bordoni is governed by five bodies: the Government Authorities Committee, the Board of Directors, the President, the Board of Auditors and the Scientific Committee. All details regarding its composition, the duration of its mandate, its roles and tasks can be found within the text of the Statute.

The three-year Strategic Guidelines set the priorities for planning, development and innovation in line with the Mission and Articles of Association.

The guidelines give indications of present and future research activities, and help consolidate the scientific and technological capacity, as well as raising public awareness and debate in cooperation with academic, institutional and industrial spheres